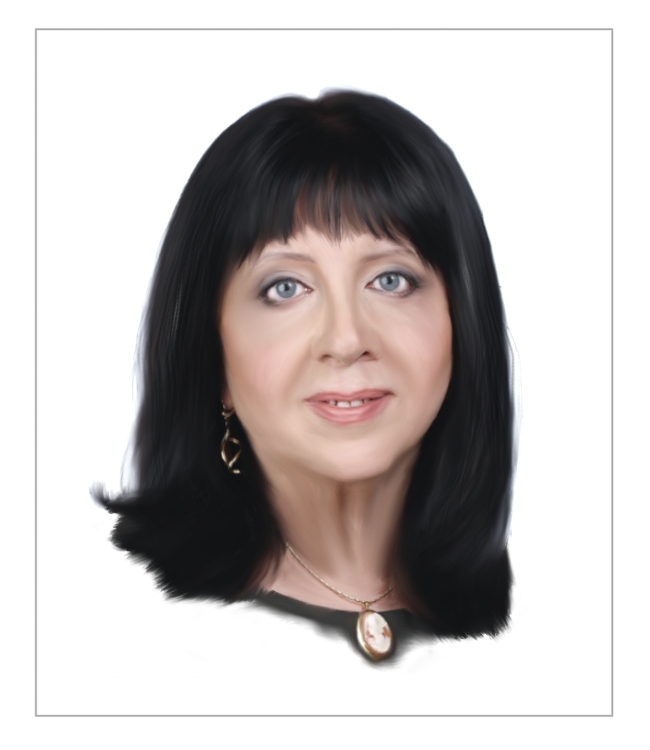 Without management cyber-system of the economy, Russia is doomed to perish like USSR 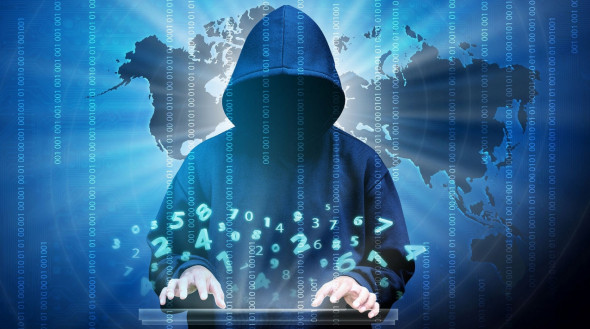 A cyber-system (or an automated economic management system or artificial intelligence in the economy), where the core is a dynamic cross-industry balance that coordinates the relationship of producers in the direction of the growth of the public good, organizes information processes in the economy online, taking into account feedback to improve the effectiveness of management.

The solution to the task of restoring and strengthening national sovereignty set by the updated Constitution of the Russian Federation requires, first of all, to return  the system of management of the Russian economy into Russia. This can only be done with the help of a cybernetic economic planning system.

The transcript of the speech of Doctor of Economics, Professor Elena Nikolaevna Veduta at the meeting of the expert council of the Fair Russia party faction in the State Duma on the topic «Left turn: a socialist alternative for the Russian economy» on April 12, 2021.

The economy is a tool that implements noble goals, which, in particular, were reflected by the President of the Russian Federation in his targets for our projects.

If we take a serious approach to studying what is happening today, we need to go back to the early 50s of the last century, when there were problems of restructuring our economy from military to peaceful routes/purposes and of increasing the flexibility of centralized management of increased production volumes and complicated production rlationships.

However, the nomenklatura wanted to voluntarily manage the country’s economy. Therefore, in the mid-1950s, it opened the way for the vicious theory of commodity production under socialism. Thanks to it, the need for disastrous reforms was justified, triggering spontaneous processes in the management of the economy by granting more and more rights and freedoms to enterprises, and then to ministries. In the end, the goal of reforming the economy was achieved — centralized economic planning in the interests of our citizens was «killed» together with the USSR in 1991. All this ended with the model of market economy in which we live today, having lost control of the development of our own country, and in fact becoming an outsider in the world community.

At the same time, in the 1950s, there was a movement of professionals who, opposing the nomenclature, saw the highest role of the science of cybernetics in improving the efficiency of economic management. In applying the method of cybernetics to the creation of an automated control system (ACS) for economic development, or, as they say today, in the creation of artificial intelligence (AI) for managing the economy, they saw the possibility of significantly improving the efficiency of management decisions to ensure the accelerated movement of the country forward, towards the growth of the public good. Today, without the creation of such an automated control system, the implementation of those wonderful targets that were discussed then and that our President is talking about today is impossible.

Several institutes took up the  task?? Of creation of the automated control system. The leading institutes were the Institute of Technical Cybernetics at the Academy of Sciences of the Ukrainian SSR in Kiev under the leadership of V. M. Glushkov and the Central Economic and Mathematical Institute (CEMI) of the Academy of Sciences of the USSR in Moscow under the leadership of Academician N. P. Fedorenko.  They wrote a remarkable article about the problems of widespread introduction of computer technology in the national economy in 1964. In it, they stated that whether we have time to create an automated control system (AI) by the economy or not, the fate of the country will be decided: either we enter the trajectory of growth of the public good and use the advantages that the transition from manual control to automated control gives, or we will lose in the «cold» war in a bipolar world. Speaking about this, the two academics set the task — in no case to conduct separate work in the creation of automated control systems, but, on the contrary, to work purposefully, in a coordinated manner in this direction, taking into account the huge advantages that our country had in comparison with the United States, where each business pursues its own private interests.

However, in practice, everything turned out differently. Glushkov, having no idea what the software should be for optimizing the planning of the development of the national economy, called for the creation of a single network of computer centers. Therefore, the manufactured hardware did not work without the necessary software to implement the implementation goals of the automated control system (AI). There were huge costs for the creation of many duplicate structures, for the introduction of costly and «not working» effectively huge computers at the enterprises of the country. For this reason, the Minister of Finance V. F. Garbuzov said that this should not be done, because instead of improving the efficiency of management, we get an increase in costs that have no return. As for the The Central Economic Mathematical Institute of the Russian Academy of Sciences (CEMI), they focused more on the study of Western economic and mathematical models and, thanks to this, the rapid defense of candidate and doctoral theses. All this had nothing to do with the planning practice of Gosplan, which was forced to continue using the method of successive approximations of drawing up plans manually.

At the same time, in the early 60s, in the capital of the third republic-Minsk, a Central Research Institute was established under the leadership of a cybernetic scientist N. I. Veduta, who faced the same tasks in the field of economic and mathematical modeling and control automation. This institute has implemented automated economic management systems at a number of large enterprises. But the main success of Nikolai Veduta was the development of a dynamic model of intersectoral balance by the method of successive approximations, which serves as the core of the automated control system (AI) to improve the effectiveness of management decisions in ensuring the movement of the economy in the direction of the growth of the public good.

Since Glushkov’s OGAS (nationwide information network) «went out», his baton was picked up by Gosplan (State plan), which tried to develop an automated system of planned calculations (ASPC) itself. At the same time, all the republics «democratically» developed their own concepts of ASPC. As a result, R. L. Rayatskas’s point of view of won, according to which the planning of the economy as an object of automation was replaced by the planning of document flow, which has nothing to do with improving the efficiency of economic management. We also see the consequences of this approach in our law «On Strategic Planning in the Russian Federation», where the object of planning is a document flow that has nothing to do with economic planning.

Later, G. H. Popov said that at that time, economists (I specify — adherents of the vicious theory of commodity production under socialism, who were called commodity workers) «did not like» cyberneticists who sought to solve economic problems. Therefore, they and Popov, who justified the need to dismantle the management of the economy by granting more and more rights to enterprises, did everything to ensure that the approach of Rayatskas won. His starting point was to preserve the existing complicated planning regulations, and the starting point of the approaches of Glushkov and CEMI was to improve the centralized system of economic management through automation, which was not liked by the commodity producers. It should be noted that the only scientific approach of N. I. Veduta to improving economic planning by the method of economic cybernetics is still being completely blocked by the «friends» of Russia and those who like to get easy money on talking about problems.

The blockers of economic cybernetics called the scientifically based calculation of the plan, which ensures the movement of the country forward in the interests of its people, the establishment of fascism in the country. But this approach is the only one in the world today that opposes the coming global digital fascism with its total management of people, not the economy.

What do we see today? Today we have entered the decade of technological acceleration and competition of natural intelligences to create artificial intelligence (AI). Today, our country, with the introduction of digital technologies and AI, simply copies what the West is doing, condemning us in advance to defeat in the third undeclared world war that has begun. Almost all of our leading institutes, such as the Institute of Forecasting of the Russian Academy of Sciences, CEMI of the Russian Academy of Sciences, Skolkovo, HSE, RANEPA, etc., as well as leading universities, copy the Western experience, guided by big data without any idea what economic and mathematical model should be used as the basis for AI to improve the effectiveness of management decisions. We, as the USSR once did, continue to squander huge state funds for the sake of narrowly egoistic interests of digitalists who are striving for huge earnings in this opportunistic time for the digital economy and are irresponsible about the digital surrender of the country to the advancing digital fascism that they are preparing (consciously or unconsciously).

Where is the way out? The way out is in the cyber-planning of the economy, which develops our best experience in the world of planning the economy in the interests of people by the method of successive approximations, which allowed us to win the Great Patriotic War and build a great country of a bipolar world.

If we do not come to the cyber-planning of the economy using the achievements of the digital revolution to create an automated control system (AI) of the economy, and for this we have a dynamic model of intersectoral balance, which is the core of AI in the economy, developed by Veduta N. I., the country will be immersed in the era of color revolutions until its complete destruction.

In addition, the great country, which is Russia, must present its unique global project to the world. I propose to consider as a global project of Russia the introduction of AI based on cyber planning of the Russian economy, with the help of which our engineers, who know economic cybernetics, will lead our country out of the crisis on the path of sustainable growth of the public good.

At the end of her speech, Elena Veduta spoke about the need to tell people the truth about the reasons for what is happening to us, and what we need to do to return Russia to the path of growing greatness of the country, where real incomes of citizens will grow and the personality will develop comprehensively. In this regard, she recommended that the deputies from the «Fair Russia» first of all deal with the expert community.

«Under the cover of the endless chatter of some experts about problems and reforms, others are secretly «working» to drag the country into digital fascism with its final destruction for the sake of the interests of wild capitalism», explained Elena Veduta.

She warned that in the coming decade of technological acceleration, we have almost no time left to save the country by launching our global AI project to improve the efficiency of economic management, which the country began working on back in the 50s of the last century, and which was interrupted by those whose narrowly selfish interests are above the public.

Today, all progressive humanity, as it has been in history, with hope is waiting for Russia’s global project, which gives the world the only chance for social civilisation progress. 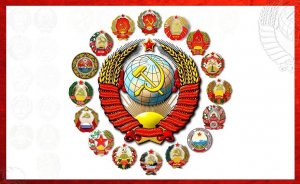