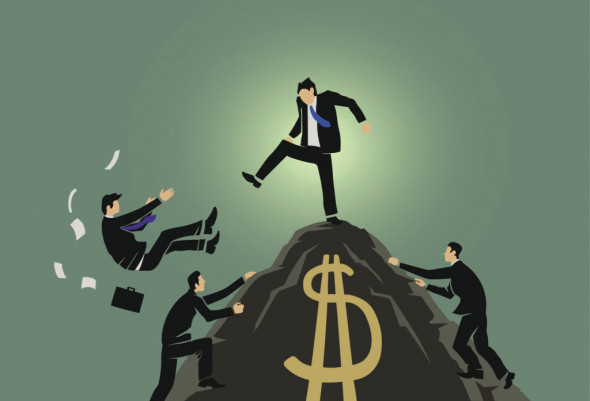 The inclusive capitalism of the Vatican, the new green course of the US and the EU, and the essentially liberal Chinese project «One Belt, One Road» are aimed at preserving the capitalist economic system and do not have a concrete plan for a way out of the deepening global crisis. The only way out of the crisis is the revised non-capitalist project of the USSR for the introduction of a cybernetic system of economic management

The international conference «Non-capitalist mixed economy (theory, history and the future)» was held online from 23 to 26 June 2021. It was attended by scientists who advocate alternative views of the neoliberal on the economic development of the state.

The conference was attended mainly by left-wing theorists, known for their love of chattering, but not solving problems. In particular, Professor Alexander Buzgalin, Boris Kagarlitsky and Andrei Kolganov, long and well-known in our country for their left views, set out their long-standing theoretical considerations about the post-capitalist mixed economy as a combination of the system of relations between late capitalism and early socialism, about the need to reindustrialize the countries of the global North, praised the NEP as an example of a mixed economy.

The essence of my report was as follows.

The solution of economic problems, first of all, involves identifying the reasons for the current trends in the deterioration of the economic situation in the world. They are associated with the continuous concentration and centralization of capital, which began after the first industrial revolution at the end of the 18th century. These processes led at the beginning of the 20th century to the domination of the world financial oligarchy, which unleashed the First and Second World Wars, the Cold War with the USSR. After the collapse of the USSR in 1991, the world became unipolar, in which the world financial oligarchy almost totally dominates, using monetary instruments, institutional reforms and color revolutions to redistribute the generated income and assets of all states in their favor under the banner of the doctrine of economic liberalism. Finally, post-image digital transformation has contributed to harnessing the advances of the digital revolution to establish global digital governance for people.

The global projects existing today are not able to create conditions for overcoming the global crisis. This is due to the fact that none of them is able to overcome the reasons for the disproportionate development of the economy, and, therefore, the dangerous deployment of the global crisis will continue. These are the «inclusive capitalism» of the Vatican and the «green new course» of the EU and the US. They do not have a plan for the implementation of the «bright» declarations declared in the projects, and therefore are ultimately aimed at reducing the standard of living of the absolute majority of the inhabitants of the Earth and, above all, developing countries, at preserving the capitalist economic system with the help of both old monetary instruments, reforms and color revolutions, as well as new tools that use the achievements of the digital revolution. The Chinese project «One Belt, One Road» implements the doctrine of liberalism for the expansion of China through the development of infrastructure in the countries of Eurasia and Africa, the flow of Chinese investment in these countries.

The only project where there was an algorithm for solving economic problems at the expense of the internal resources of the state was the non-capitalist project of the USSR. Of particular note is the outstanding role in the implementation of the country’s industrialization course of the method of successive approximations (iterations) in drawing up plans for the development of the national economy, which takes into account feedback and therefore is, in fact, cybernetic. Thanks to the unique planning experience of the USSR and the knowledge of objective economic laws discovered by Karl Marx, the Soviet cybernetic scientist Nikolai Veduta developed a dynamic model of the intersectoral balance (MIB) or economic integrator, which allows calculating a plan for the economy to enter the trajectory of growth in the quality of life and cultural development of the individual.

Today, the prerequisites for the second industrial revolution have been created in the world. The material and technical basis of the final victory of the non-capitalist system is the introduction of artificial intelligence (AI) in the economy (an automated economic management system) in the interests of people based on the dynamic model of the MIB. Without the introduction of such AI into the economy, it is impossible to get out of the global crisis through manual management and manual planning of the economy, as the former State Planning Committee of the USSR did.

AI in the economy, which ensures the proportional development of the economy in the desired direction, can be created only on the basis of a dynamic model of intersectoral balance. To organize the necessary information flows into the model, it is necessary to create digital twins (passports) for each type of product, indicating the characteristics of its output and the costs of its production, , taking into account the classification of information in the intersectoral balance table (MIB).). At the same time, it is necessary to strictly follow the systemic definition of input-output indicators in order to exclude repeated counting when aggregating them. These data are entered into the MIB reporting table. After carrying out calculations according to the dynamic model of MIB, which imitates the method of successive approximations of drawing up a plan focused on the growth of the final product ordered by end users, while observing the macroeconomic proportions and total employment set from above, it will be necessary to disaggregate the planned input-output information for each products. At the same time, in the planning process, the principle of rolling planning should be used, which was used in the USSR and consisted in organizing the collection of information online with the establishment of control parameters for timely adjustment of plans, taking into account changes in the final demand and supply of manufacturers.

The introduction of AI in the economy is a transition from the destructive manual control of the global (national) economy and manual planning of the economy without feedback to the automated management of the economy, organized on the principles of economic cybernetics. If society and, first of all, Russia lose time and do not engage in practical solutions to economic problems through the introduction of AI based on a dynamic model of the MIB, which implements economic planning in the interests of people and the cultural development of the individual, then soon we will all have to worry about whether Russia will remain a country as such, and with it civilization as a whole, since with the disappearance of Russia, the rest of the world will also disappear.

After my speech, Alan Freeman announced his readiness to hold special international conferences among scientists who are aimed at solving the most complex practical problems and are interested in designing the future, that is, in planning the economy, separately from those who talk about real economic problems. This serious statement on the part of the scientist – practice gives hope for the liberation of true economic science from the «talkative» ballast that destroyed Marxism in the USSR at one time, and then, with the help of reforms, the USSR itself.

The time has come for scientists and professionals to unite, focused on the development and implementation of mechanisms for the practical use of the objective economic laws of development discovered by Karl Marx, and the achievements of the digital revolution for civilization to enter the trajectory of improving people’s lives, cultural development of the individual. I think that in modern conditions it is easy to organize regular video conferences in an online format, uniting scientists from all countries of the world who are interested in finding a consensus on the development of a new global ideology and recommendations for its practical implementation for political leaders striving to constract a new non-capitalist future of social development.